WE ARE TOURNAMENT ANGLERS

It is our objective to run a successful tournament tour with a simple format ,high payout, competitive entry fees. During our first year we will attract and develop media releases and plan to attract corporate sponsorship.

We will achieve these objectives by organizing our tournaments with impressive payouts to our anglers.

Discuss entry fees that are reasonable and attract elite anglers within the Ontario region and beyond.

We will seek out ways to market the tournaments and the anglers in a way that is affordable and effective. We will reach a wide range of individuals to help in the awareness of our sponsors products. 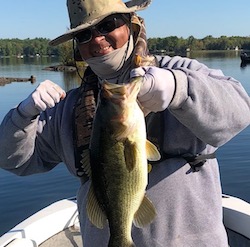 Co-tournament organizer for the Mighty Mucks Bass Tournament for over 30 years.
Former Chief and councillor of the Curve Lake First Nation.
Co-founder of The Land Between and grass roots environmental protection organization.
Semi retired from the construction industry where he owned his own business for 34 years.
Enjoying working part time at his sons business Williams Construction.

Our goal at the Mighty Mucks Bass Tournaments has always been to provide a tournament that is a fun, family oriented event at the same time promoting collaboration between the anglers to help increase their exposure to the sport. It is my goal as one of the founders of the Elite Canadian Bass Anglers Tour to provide a venue that allows for:

1. safe handling of the fish
2. maximizing opportunities for increased return on investment for the anglers
3. develop a professionally ran tournament that will attract corporate sponsors while raising the image and exposure of elite bass anglers in Canada
4. release a schedule that considers lake tournament pressure, weekend traffic on the water and a potential to help increase family time
5. develop a working relationship with like minded people to help grow the sport 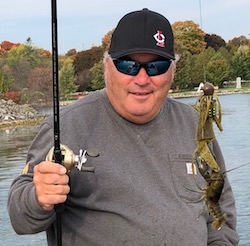 Karl  has been fishing competitively for over 35 years. He has won many tournaments throughout the years such as Best Nitro Series, The Emerald Isle Tournament, Reel Fishing Tournament, GM Pro Series, Rice Lake Lions Tournaments, Heritage Fishing and the Stoney Lake Combo.

Karl’s knowledge, experience and sense of humour has been an immeasurable contribution to the continuation of the tournaments he has helped run as well participated in.
Over the years Karl has developed many great relationships with other tournament organizers and has always had an appreciation and respect for the work they do. 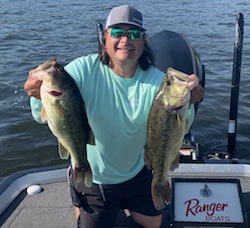 Mike has 25 years of experience as a professional tournament angler and owner/operator of Williams Outfitters Fishing Guides. www.williamsoutfitters.com
He is the founder and tournament organizer of the annual “Last Cast for the Big Bass “tournament plus the popular Wanger’s Wednesday Night  Bass Club.
Mike is a two time Classic winner, 4 AOY Titles, 3 Team of the Year titles and has experience fishing BASS sanctioned Tournaments in the USA.

Amongst Mike’s strengths he brings to ECBAT the skills to build a strong rapport with anglers in the various tournament circuits and  communicate their expectations to the ECBAT tournament Directors.  Using his connections and resources within the fishing  industry and elsewhere he can assist in recruiting title sponsors.  He brings experience in running a well established successful business within the Canadian fishing industry.
Mike is well versed in public speaking and having been a repeat guest on TV fishing programs, he is comfortable in front of the camera.

Mikes goal is to assist the ECBAT in bringing  back an elite tournament series designed for the highest level anglers. These tournament anglers will have the added bonus of big payouts and sponsorship opportunities that benefit not just the anglers but the companies and the fishing industry in Canada. Mike wants to help bring  recognition and credibility to the sport of tournament fishing while looking for new ways to improve and expand the industry and make ECBAT the premier series in Canadian bass fishing.  A platform that ECBAT, anglers and sponsors can all work together, benefit from each other and expand business relationships so that everyone is successful in the Canadian fishing industry.